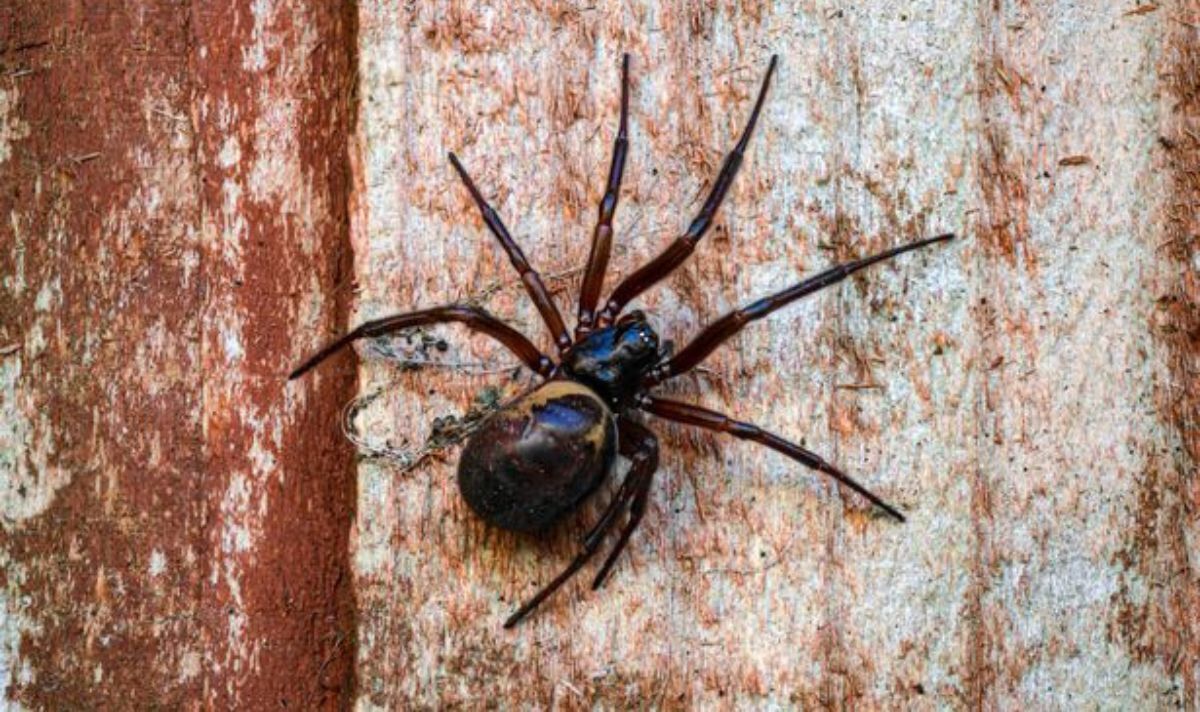 The multiple heatwaves have caused false widow spiders – that are related to the black widow – to breed and multiply across the British Isles.

The breed is one of the 12 spiders in the UK that are known to have bitten humans.

Thought to have originally arrived as a stowaway on ships centuries ago, they have been dubbed the UK’s “most venomous spider”.

But the Natural History Museum said the spiders are not particularly poisonous and being bitten feels similar to a wasp sting.

Usually, the pain from the bite lasts between one and 12 hours, and rarely longer than 24 hours.

However, there have been cases where the false widow bite has triggered a serious allergic reaction in some humans, leading to hospital treatment.

Earlier this month, dad-of-two Adam Roberts almost lost his finger after being bitten by a false widow at a caravan park in Lincolnshire.

His finger was so severely infected by its toxic venom that he was told there was a 90 percent chance he would have to have his finger amputated.

But surgeons were able to avoid the grim outcome after draining the puss from his finger and cutting off the dead flesh.

Dr Geoff Oxford, an arachnid expert at the British Arachnological Society, told Express.co.uk the spiders are “capable of biting humans” but reassured that they are not “naturally aggressive”.

He warned: “They will bite if poked or squashed but are not dangerous if left alone.

“The venom, if any is injected, usually causes a very local, perhaps painful reaction but that soon subsides with no long-lasting effects. As for any sting or bite (e.g. wasp/bee) people react differently and some might be more susceptible than others”.

Dr Oxford said that false widow spiders are “certainly spreading” in the UK and “their numbers will be increasing nationally as more of the country is colonised”.

But said they are “food-limited” so once the breed reaches a sustainable level, they will not keep increasing.

When asked what a person should do if a false widow was found in their home, he advised: “Catch it in a jam jar, take it some distance away and release it”.

He said: “If you have them in your house they will also be in the garden too. There is no way to ‘eradicate’ them – we just have to learn to live with them”.

False widow spiders are usually around 14mm in length, with a leg span that covers a 50pence coin and often they have patterns of cream and dark brown marks on the abdomen, according to the Wildlife Trust.