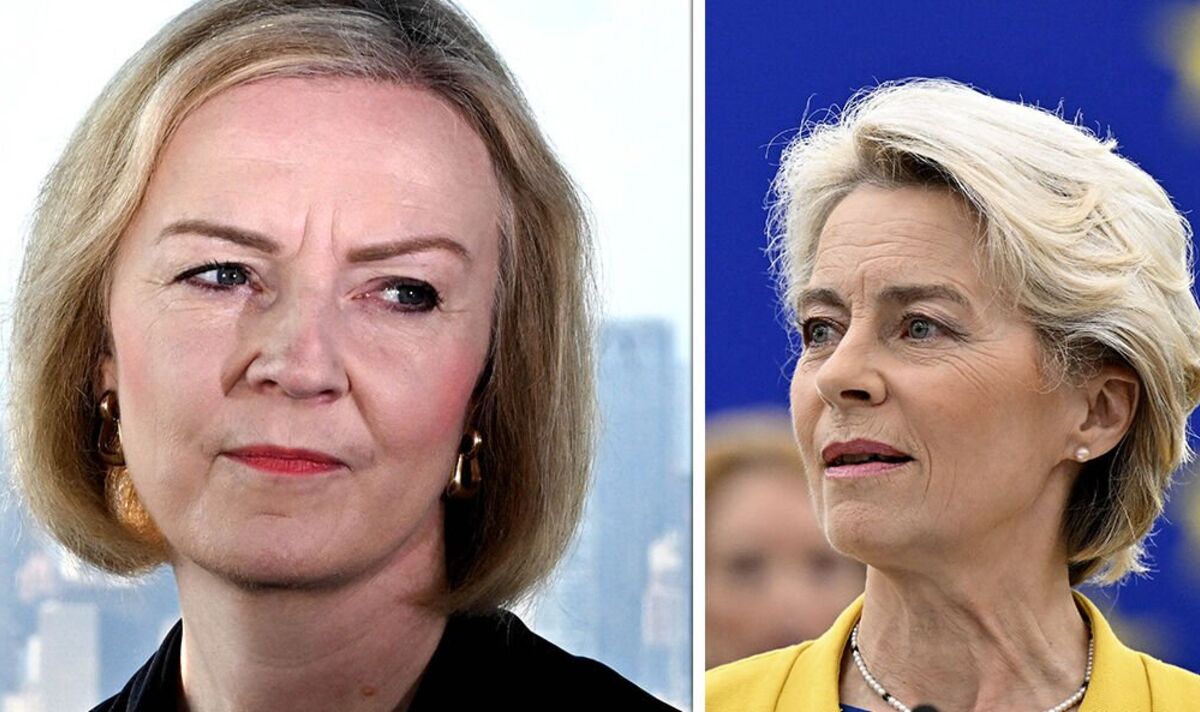 Liz Truss is poised for crunch talks with Ursula von der Leyen, President of the European Commission, in New York tomorrow – with one economist outlining three key points the bloc will be desperate to establish. Speaking to media at the top of the world-famous Empire State Building, the UK’s Prime Minister said she wanted to forge closer relations with allies than Boris Johnson managed as the global security threat worsens.

International leaders have travelled to the US for the 77th United Nations General Assembly (UNGA77).

While Ms Truss made no reference to either Ms von der Leyen or the European Union, former UK Treasury adviser Mujtaba Rahman suggested eurocrats will have been listening carefully to everything she said in the hope of gauging clues to her priorities, two weeks to the day since she replaced Mr Johnson in Number 10.

Mr Rahman tweeted: “Hard to overstate importance of this bilateral for EU – who are looking to gauge Truss’ willingness to 1) do a deal 2) propose solutions within framework of NI Protocol & 3) bring in her populist rhetoric.

“Will set tempo for the rest.”

Earlier, Ms Truss told journalists she did not want to compare herself to her predecessors, but suggested changing times required stronger ties.

Her first foreign trip as Prime Minister will feature a series of meetings, including with US President Joe Biden, Mr Macron and Ms von der Leyen – with all four having met in London on Monday for the funeral of Queen Elizabeth II.

JUST IN: Liz Truss is in the US – and Brexit will be on the agenda

Their meeting could also be coloured by tensions due to Ms Truss’s refusal to give a clear answer when asked if Mr Macron was a “friend or foe”, suggesting the “jury was out”.

Pressed about Mr Johnson, who resigned barely three years after his landslide 2019 election victory, Ms Truss said: “Well, I will be my own Prime Minister and I wouldn’t compare myself to any predecessors.

“And the times we’re in are different from the times predecessors have been in.

“We are entering a new era. It is a more insecure era. We face an increasingly aggressive Russia, an assertive China.

“We need to work more closely with our allies, and we also need to get the British economy growing so that we have that security for all of our citizens.”

Ms von der Leyen today tweeted: “The world was still dealing with climate change, poverty and the lingering effects of COVID when Russia started its war of aggression against Ukraine.

“In this cascade of crises, #UNGA77 is about accelerating our common action.”

Meanwhile, in a move likely to have raised eyebrows in Downing Street given Ms Truss’ economic strategy, Mr Biden posted on Twitter: “I am sick and tired of trickle-down economics. It has never worked.

“We’re building an economy from the bottom up and middle out.”