Skip to content
HomeNewsEnough is enough! Train strikes to end within 30 days of PM Truss 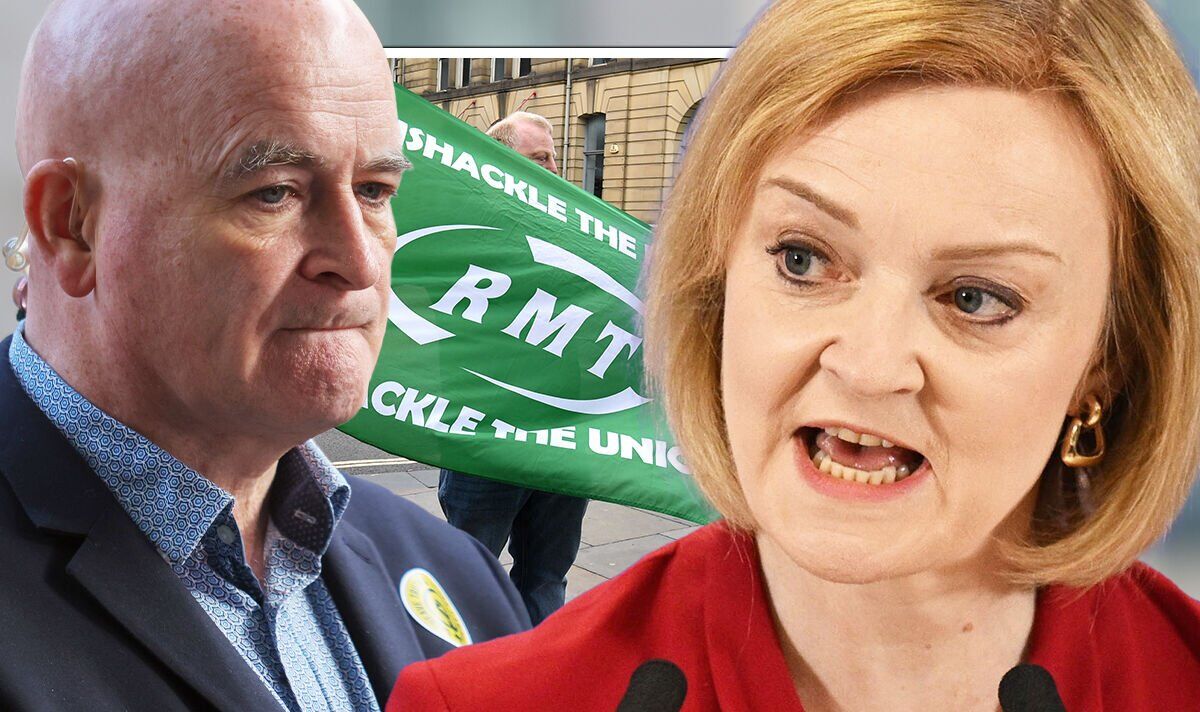 The frontrunner in the battle to become Conservative leader vowed to introduce legislation within 30 days of entering Number 10. She said: “No longer will the unions be able to dictate who can get to work.”

Rival candidate Rishi Sunak is also planning action to end the strikes if he wins the contest. A spokeswoman said: “As Prime Minister, Rishi would put a stop to militant unions holding hardworking people to ransom.”

Rail passengers suffered another day of misery yesterday as members of the Rail, Maritime and Transport union (RMT), the Transport Salaried Staffs Association (TSSA) and Unite staged a 24-hour walk-out. Network Rail and train companies across the country were affected, with only one in five services running.

Business leaders warned that working people who depend on the rail network would suffer most. A spokeswoman for employers’ body the CBI said: “Continued strikes will have serious consequences for people and businesses throughout the UK.

“They will create additional hardship for those unable to work from home, further harm struggling sectors like hospitality, events and aviation, and have a damaging impact throughout an economy teetering on the brink of recession.”

Ms Truss is planning to introduce minimum service levels for vital infrastructure including the rail network, to ensure there are always enough staff present to keep services running. She told the Sunday Express: “We have had yet another week of disruption to our economy and country at the hands of militant trade unions.

“For too long union barons have been allowed to grind the country to a halt without consequence. Enough is enough. If elected Prime Minister, instead of standing side by side with those with their foot on our economy like the Labour Party, I will stand up for hardworking people trying to get to work, to provide for their families and contribute to our economy.”

A spokeswoman for Mr Sunak said he believed unions “should not be able to dictate how ordinary working people go about their daily lives.”

Transport Secretary Grant Shapps yesterday wrote to Mr Lynch urging him to let RMT members vote on Network Rail’s offer of an eight percent pay increase over two years. Staff represented by TSSA decided earlier this month to accept the proposal, but the RMT is refusing to put the offer to its membership.

Mr Shapps said in the letter: “Rather than standing in the way of progress, I urge you to allow your members to actually vote on the offer that is on the table.”

But the union leader insisted TSSA members “have been bribed to break this strike”. Mr Lynch said: “Our members are not going to be bribed, the offer is puny and they’re not ready to accept it.”

Conservative MPs accused unions of ignoring the impact strikes had on the public. MP Saqib Bhatti said: “Rather than come to a deal and compromise the Union barons are holding hardworking Brits up and down the country to ransom. It is utterly despicable.”

Employers warned that rail strikes were hurting the economy following predictions from the Bank of England that the UK is likely to enter a recession in the fourth quarter of this year.

Martin McTague, National Chair of the Federation of Small Businesses said: “Small businesses are up against it on all sides, with energy bills soaring, record high inflation, falling consumer spending power, and difficulties finding staff. Anything that adds to the financial and logistical difficulties they’re facing is not going to be well-received.”

And Emma McClarkin, Chief Executive of the British Beer and Pub Association said: “The strikes and disruptions to transport have been huge because it not only impacts our customers and tourists coming in, it’s our staff getting to and from work as well.”

In a sign that industrial unrest is spreading to other parts of the economy, Unite members including crane drivers and machine operators at the UK’s biggest container port in Felixstowe are to begin an eight-day strike from today in a dispute over pay.