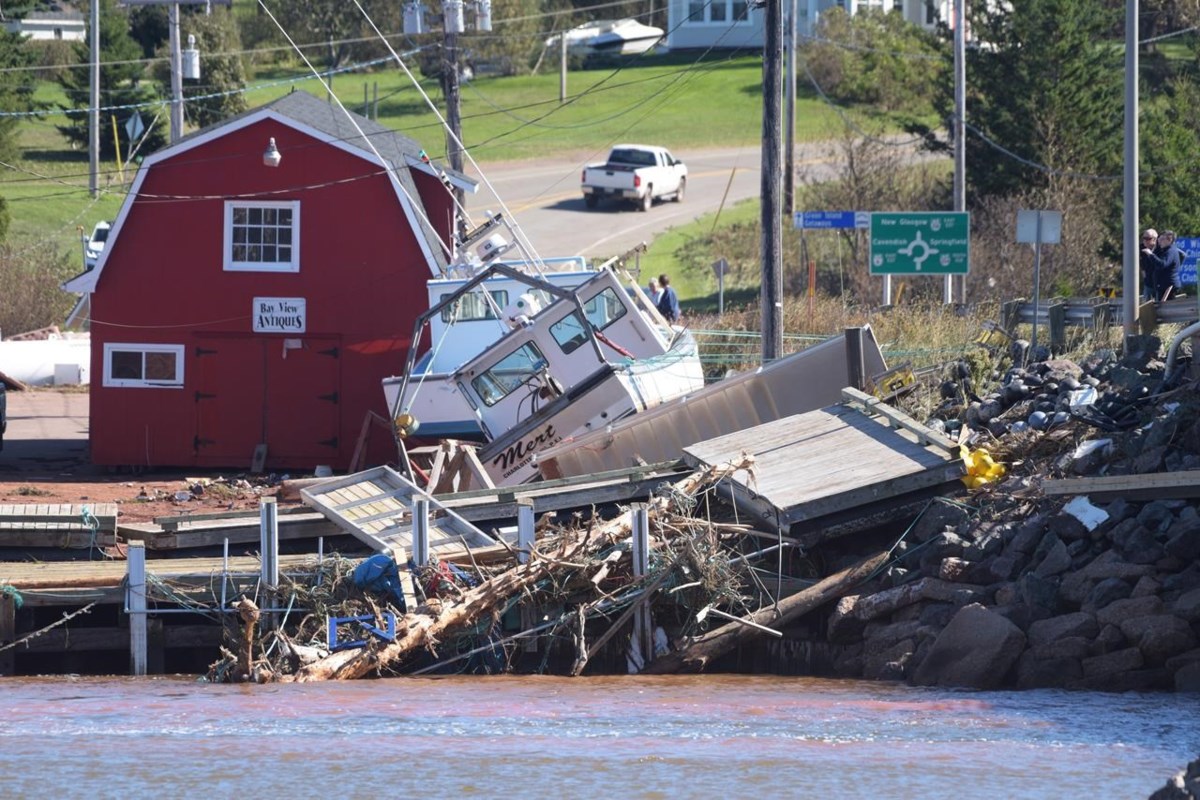 ST. PETER’S BAY, P.E.I. — The federal government has released a climate adaptation strategy that includes $1.6 billion in new spending to help communities faced with risks that range from extreme heat and wildfires to floods and storms.

Bill Blair, the minister of emergency preparedness, made the announcement in Prince Edward Island, where hurricane Fiona caused widespread damage to the power system, farms and the fishing industry when it swept through the region on Sept. 24.

The federal funding mostly tops up existing programs and won’t cover the costs of major projects, such as the proposal to raise dikes that safeguard the land link between Nova Scotia and New Brunswick — a cost-shared project that Ottawa and the provinces have yet to approve.

The plan announced today adds $489 million to the federal disaster mitigation and adaptation fund over 10 years, helping with smaller projects that address issues such as the risk to coastlines from rising seas and collapsing infrastructure due to permafrost thaw.

There is also $284 million over five years for the strengthening of wildfire management through measures such as creating larger fire breaks between forests and communities.

In addition, Ottawa will spend $164 million over five years on flood mapping and work with provinces and territories to expand a system that identifies areas at high risk of flooding.

Scientific assessments show that by 2016, Atlantic Canada was already 0.7 C warmer on average than in 1948. Quebec had warmed between 1 C and 3 C depending on the region, and could warm another 3.5 C by 2050.

Before discussing the new documents, Blair and several other Liberal ministers and members of Parliament toured parts of P.E.I. devastated by post-tropical storm Fiona two months ago.

The storm caused an estimated $660 million in insured damages. By 2030, the federal government says, extreme weather could cause $15 billion a year in damage.

This report by The Canadian Press was first published Nov. 24, 2022.

Note to readers: This is a corrected story. A previous version said post-tropical storm Fiona caused an estimated $660 billion in insured damages.