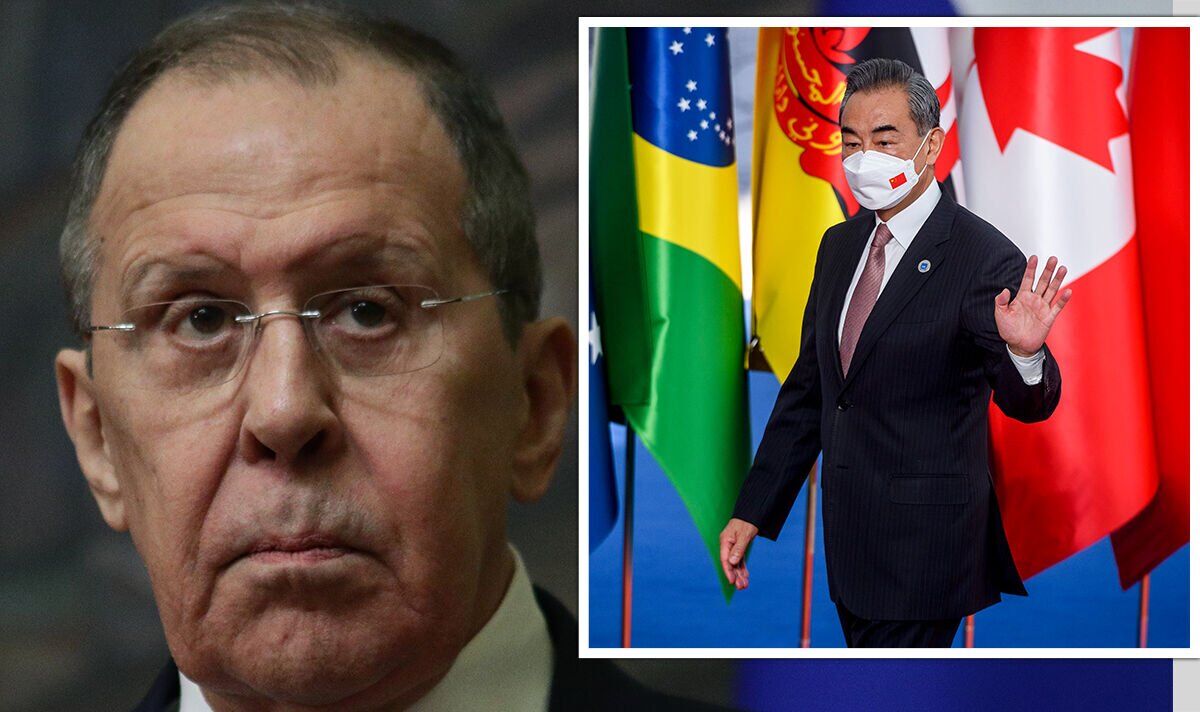 Mr Yi was seen leaving by car before the dinner began. The formal meal was also meant to be attended by US Secretary of State Anthony Blinken and Russian Foreign Minister Sergey Lavrov.

The news comes as tensions between the US and China reach boiling point following Nancy Pelosi’s visit to Taiwan.

It was reported earlier that Japanese Foreign Minister Yoshimasa Hayashi agreed with US Secretary of State Antony Blinken to strongly condemn China’s ballistic missile launch on Thursday – he was also scheduled to attend the Association of Southeast Asian Nations (ASEAN) dinner.

The move can be seen as a snub to Russia as well. Sergey Lavrov, the Russian Foreign Minister, was also set to attend the dinner and was likely looking forward to having a de facto ally, China, in attendance.

Russia and China are currently in the unique position of being much larger nations coveting the territory of a smaller Western-backed neighbour. China has likely been watching the situation in Ukraine play out with Taiwan in mind.

The dinner, held in Phnom Penh, Cambodia, was attended by more than a dozen foreign ministers including US Secretary of State Antony Blinken, Japan’s Yoshimasa Hayashi, and senior diplomats of the ASEAN.

In response to the visit, China announced and then proceeded to carry out live fire military exercises close to Taiwan, effectively blockading the island.

Chinese state television have said that the exercises involve more than 100 fighter jets and bombers and at least 10 warships.

The exercises have led to Taiwan’s Defence Ministry to say that it is “preparing for war” without seeking it.

Security was also reportedly tightened at the US embassy in Beijing, although there were no signs of protests.

One man in Beijing who gave his surname as Zhao said: “I think this [Pelosi’s visit] is a good thing. It gives us an opportunity to surround Taiwan, then to use this opportunity to take Taiwan by force. I think we should thank Comrade Pelosi.”

China has an dynamic relationship with the ASEAN nations. Although it has invested heavily in some countries, for example Cambodia and Laos, it has territorial disputes with several ASEAN members over control of the South China Sea.

Vietnam, Brunei, the Philippines and other ASEAN nations contest China’s claims there. In recent years, China has begun building artificial islands in the sea to assert its control.