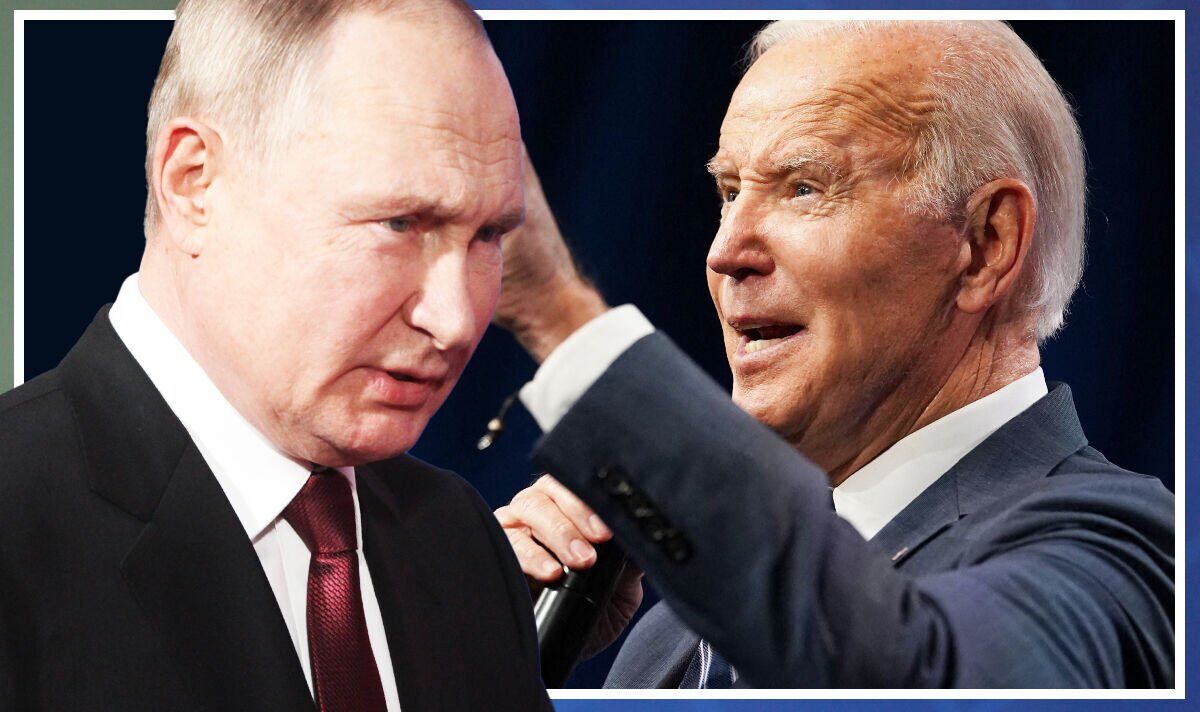 US officials have signalled concerns that Russia could use chemical weaponry during its assault on Ukraine.

Biden personnel have reportedly determined that Vladimir Putin would use chemical weapons before pushing for the nuclear option.

Politico unveiled the fears, which came from six people “with knowledge of the matter”, as officials ramped up preparations for escalation in Ukraine.

Those cited by the publication included US and Defense Department officials, who spoke under condition of anonymity.

They added that the US does not have intelligence that suggests such an attack is imminent.

The warnings underline a recent push from the Biden administration to prepare for their potential use.

One of those speaking to Politico underlined the difficulties foreign powers face while attempting to identify chemical weapon traces overseas.

Nerve agents like those in the Novichok grouping – like those used against Russian former intelligence officer Sergei Skripal and his daughter Yulia in Salisbury in 2018, and against Putin opponent Alexei Navalny – could be employed by clandestine means.

The chemicals are easily concealed, and their use may not become clear until after a thorough investigation.

Western investigators would most likely struggle to pin suspected poisonings on Moscow, another official said.

While the officials raised concerns about a potential escalation if Russia’s campaign continues to stagnate, experts agree that fighting will likely stall in the winter months.

Ukraine is well prepared for winter, with NATO having supplied the country’s armed forces with warm clothing for the season.

But they and Russia will still struggle to mount significant offensives, with fighting likely to slow tempo during the colder months.

Mykola Bielieskov, a researcher with the Ukraine government-backed think tank the National Institute for Strategic Studies, said winter would become “doubly challenging” for the combatants.

“To mount a major offensive, minus-15 degrees will be a challenge for both sides.”