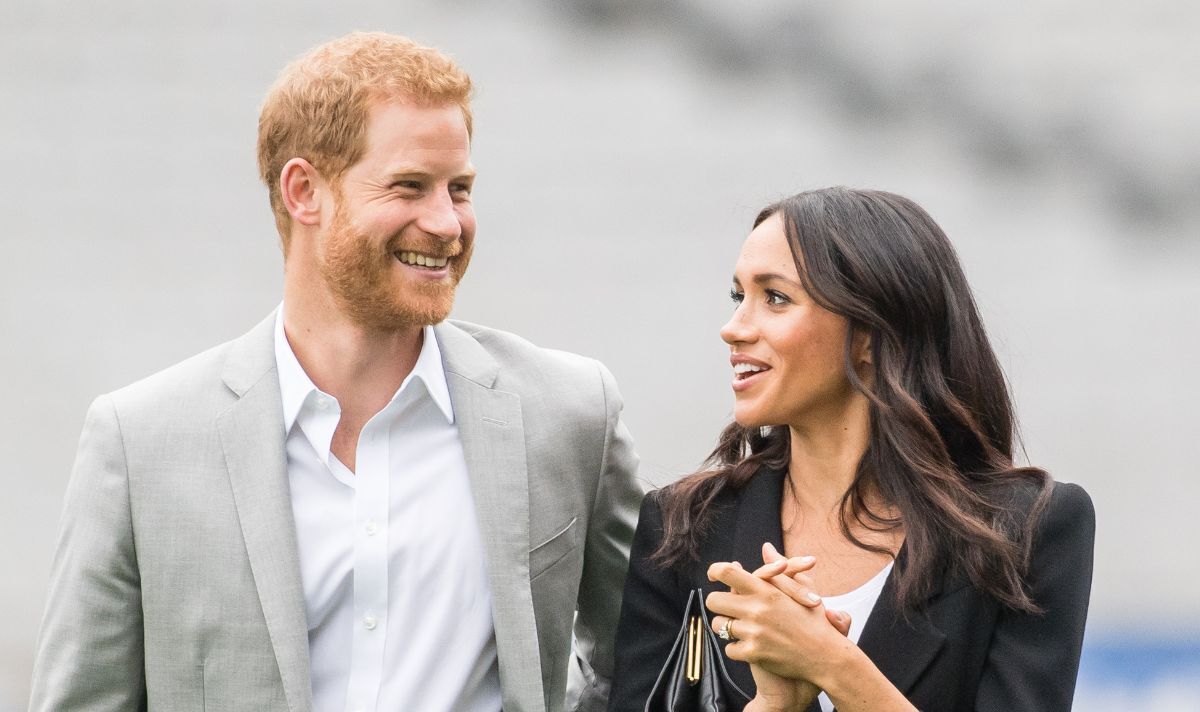 Meghan Markle and Prince Harry are to receive the award for their charity work advocating for Afghan refugees. The Human First Coalition was founded by an Afghan refugee who says he “cannot thank them enough” for the royal couple’s charity work.

The Duke and Duchess of Sussex’ are to be given the Partner Organisation Award next week in New York.

The royal couple is being awarded for their work helping Afghan refugees and is also being thanked for their donation to the Human First Coalition, which provides humanitarian aid in Afghanistan.

Executive Director James Holt of the Archewell Foundation will be receiving the award for the royal couple.

He said: “It’s an honour to be recognized by Human First Coalition, whose steadfast work in Afghanistan has played a critical role in delivering much-needed aid and resulted in the successful evacuation and resettlement of thousands globally.

“We share a commitment to supporting families and veterans and are grateful for their partnership.”

Last year, the Duke and Duchess of Sussex chose the Human First Coalition as one of several charities to donate to as part of their Christmas message to wish the public a “happy holiday”.

The royal holiday message was the first time Prince Harry and Meghan Markle released the first public photograph of their daughter Lilibet.

Their holiday message said: “This year we welcomed our daughter, Lilibet, to the world. Archie made us a ‘Mama and Papa’ and Lili made us a family.

“As we look forward to 2022 we have made donations on your behalf to several organisations that honour and protect families – from those being relocated from Afghanistan to American families in need of paid parental leave.”

The Human First Coalition was founded by Said Rauf and his brother Anees Khalil, to rescue anyone being persecuted by the Taliban.

The brothers were arrested in December last year as they worked to help Afghans flee the country after the Taliban takeover.

Speaking about the award to the Duke and Duchess, Mr Rauf said he “cannot thank them enough” for their support.

He said: “Both Sen. Blumenthal and the Archewell Foundation were instrumental in assisting us as we organised efforts to assist Afghans who were left behind when the Taliban took Kabul.”

Senator Richard Blumenthal will also be given an award next week for his part in helping the charity and helping Afghan refugees.