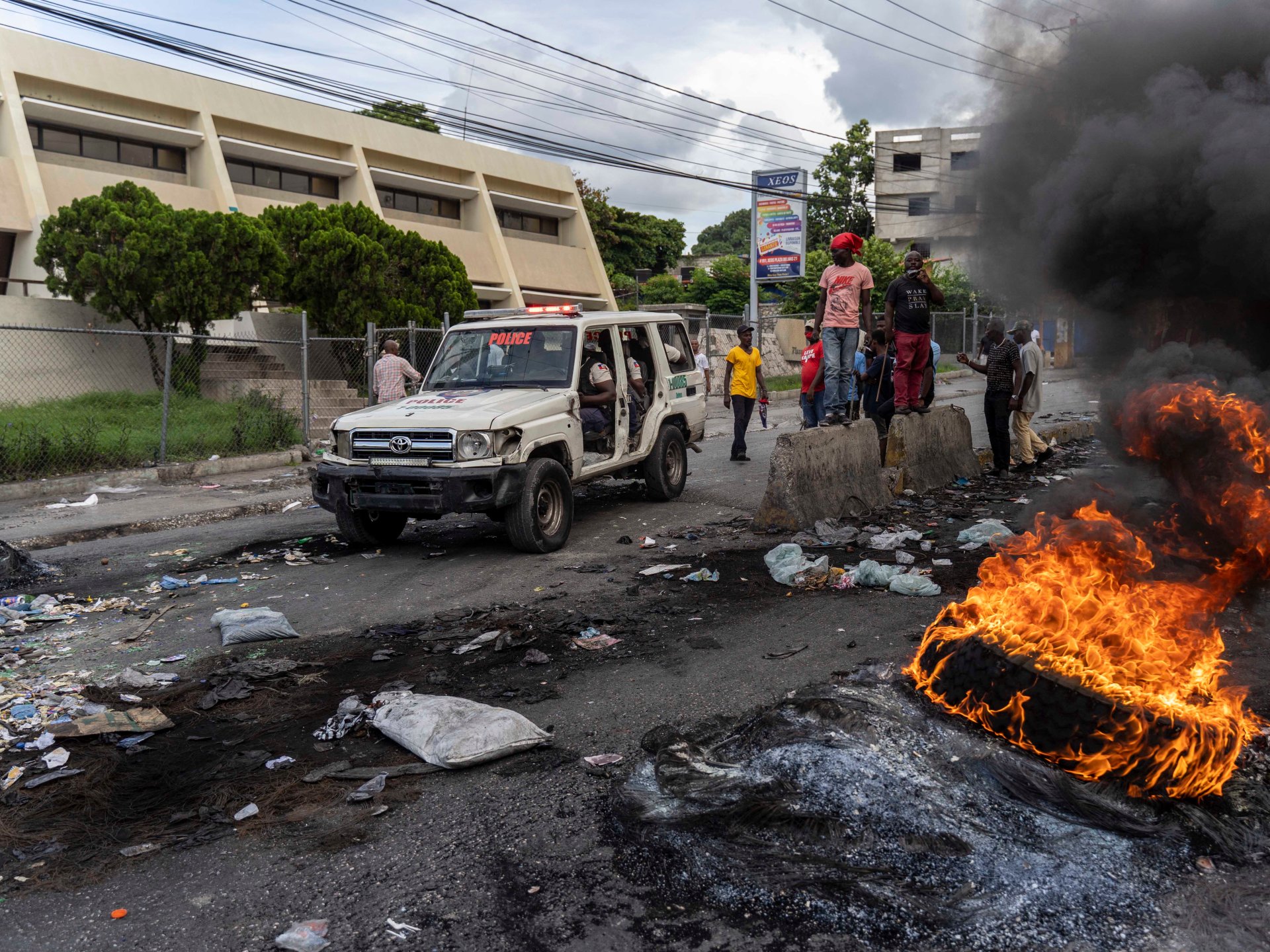 Canada has sent a team to Haiti to assess the country’s deteriorating security situation and humanitarian crisis, as the United States continues to promote an initiative to send an international armed force to the Caribbean nation.

In a statement on Thursday, the Canadian foreign affairs department said a government delegation was in Haiti “to consult with stakeholders on options to support Haitian people in resolving the humanitarian and security crises”.

The delegation is also considering “how Canada can contribute to the international response”, the statement continued, in what was dubbed an “assessment mission”.

“Canada and the international community are concerned about the violence in Haiti, in particular against women and girls. Canada will not remain idle while gangs and those who support them terrorize Haiti’s citizens and we will continue to support law-abiding Haitians to put an end to the crisis in their country,” Foreign Minister Melanie Joly said.

The announcement comes as US Secretary of State Antony Blinken made his first official trip to Canada to hold talks with Joly and Canadian Prime Minister Justin Trudeau.

Looking forward to traveling to Canada today and meeting with Prime Minister @JustinTrudeau and Foreign Minister @melaniejoly. The U.S. has no closer friend, and our common values remain the enduring foundation for our collective security and prosperity. pic.twitter.com/Px99nhT07i

Haiti, which has seen rising gang violence and political instability since the killing of President Jovenel Moise in July of last year, is expected to be one of the main topics of discussion during Blinken’s visit to Ottawa and Montreal this week.

“The situation [in Haiti] is simply unsustainable,” Blinken said during a news conference alongside Joly on Thursday afternoon. “We’ll continue to work together to rally international support around helping the Haitian people find a way forward,” he said.

An ongoing gang blockade of a key petrol terminal in the capital, Port-au-Prince, has led to dire shortages of fuel and water, while violence is rampant. Hospitals have been forced to cut back on services due to a lack of electricity, which also is complicating the response to a new outbreak of cholera.

United Nations Secretary-General Antonio Guterres said this month that he believed “armed action” was necessary to ease the grip gangs have on the fuel terminal and to set up a humanitarian corridor to get supplies out. Guterres also had urged the international community to urgently respond to Henry’s request for assistance.

But many Haitian protesters and civil society leaders have rejected the prospect of international intervention, saying history has demonstrated that foreign forces bring “more problems than solutions”.

Some Haitians also say Henry lacks legitimacy and they have called for him to step down. Henry was chosen by Moise to take up the prime minister’s post shortly before the president was killed last year, and Henry has the backing of the CORE Group, which includes Canada and the US.

The initiative, led by the US and Mexico, came in response to a call from Haitians “to take action against criminal actors, including gangs and their financiers, who have been undermining stability and expanding poverty in their vibrant society”, said the US’s UN envoy, Linda Thomas-Greenfield.

The US and Mexico, meanwhile, are working on another resolution to establish “a non-UN, international security assistance mission” in Haiti to respond to the crises. Thomas-Greenfield said in mid-October that the mission would be led by “a partner country”, without elaborating.

Earlier this week, the Miami Herald newspaper, citing unidentified sources, reported that the draft resolution was on the “verge of failure after no country volunteered to contribute troops”.

But that was disputed by Brian Nichols, the assistant US secretary of state for the Western Hemisphere, who told reporters during a briefing on Wednesday that he was “very optimistic” that countries would be able to come together around the resolution.

Haitians are protesting their government’s request to bring U.S. troops into Haiti.

Haiti has been subject to foreign intervention at least three times. The last intervention brought a UN peacekeeping mission, which has since faced multiple allegations of abuse. pic.twitter.com/KSRPhRLxm3

“I strongly disagree with the idea that a resolution authorising a multinational force is in peril,” he said, as reported by the AFP news agency. Nichols added that “a number of countries” have the ability to lead a mission, but that no decision had been made yet.

“Among those countries is Canada, but it’s not the only country that can do that,” he said.

On October 15, Canada and the US announced that they had sent Haiti security equipment already purchased by the country, “including tactical and armoured vehicles”, in an effort to bolster the Haitian National Police (HNP).

In its statement on Thursday, Canada’s foreign affairs department said “the international community has an important role to play in responding to the current humanitarian and security crisis in Haiti, and Canada strongly believes in supporting Haitians to find a durable solution”.

It added that the Canadian government delegation was consulting with “regional partners, the United Nations, CARICOM [the Caribbean Community]” and others.