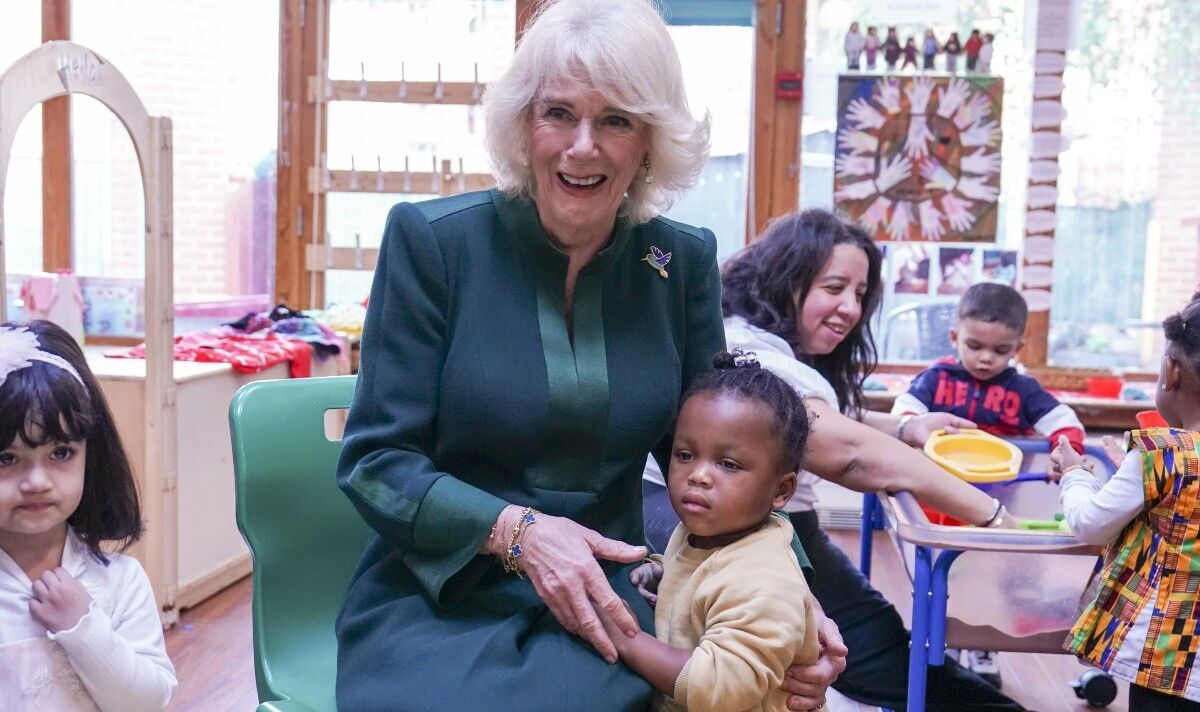 The Queen Consort has personally delivered Paddington Bear cuddly toys to a children’s charity. Camilla stepped out this morning to attend a special teddy bears’ picnic by Barnado’s at Bow Nursery in east London.

King Charles’s wife delivered the Paddingtons and other cuddly toys that were left at royal residences as tributes to the late Queen following her death in September.

The teddies had been left by members of the public outside Buckingham Palace and Windsor Castle.

The toys were then collected and professionally cleaned ahead of being given to Barnardo’s.

The late Queen took part in a sketch in the summer for her Platinum Jubilee which saw Paddington Bear visit Buckingham Palace for afternoon tea.

During the sweet video, the monarch produced a marmalade sandwich from her handbag which Paddington famously loves.

It prompted mourners to leave teddy bears and even some marmalade sandwiches among the floral tributes which amassed outside royal residences following her death.

Camilla looked elegant in green for the engagement on Thursday.

She was joined by children supported by Bow Nursery and Barnardo’s staff for marmalade sandwiches at the picnic.

In 2016, the Queen passed the patronage of Barnardo’s to Camilla, who was then the Duchess of Cornwall.

Barnardo’s chief executive Lynn Perry said: “Her Majesty Queen Elizabeth II was Barnardo’s patron for over 30 years, and we are honoured to be able to give homes to the teddies that people left in her memory.

“We promise to look after these bears which will be well-loved and bring joy to the children we support.

“We are incredibly grateful to Her Majesty The Queen Consort for her support in helping us to raise awareness of the needs of vulnerable children and young people in the UK so that we can continue to support them through our vital services.”

Tom Jarvis, director of parks at the Royal Parks charity, said: “Over the last few weeks we have been looking for a fitting and appropriate use for the hundreds of teddy bears that were left in Green Park and Hyde Park to honour the Queen.

“We are delighted that the teddy bears will now bring joy and comfort to hundreds of children supported by Barnardo’s.”

It comes after Camilla was pictured surrounded by teddies in a photo taken on October 13 to mark the 64th anniversary of the publication of the first Paddington Bear book.