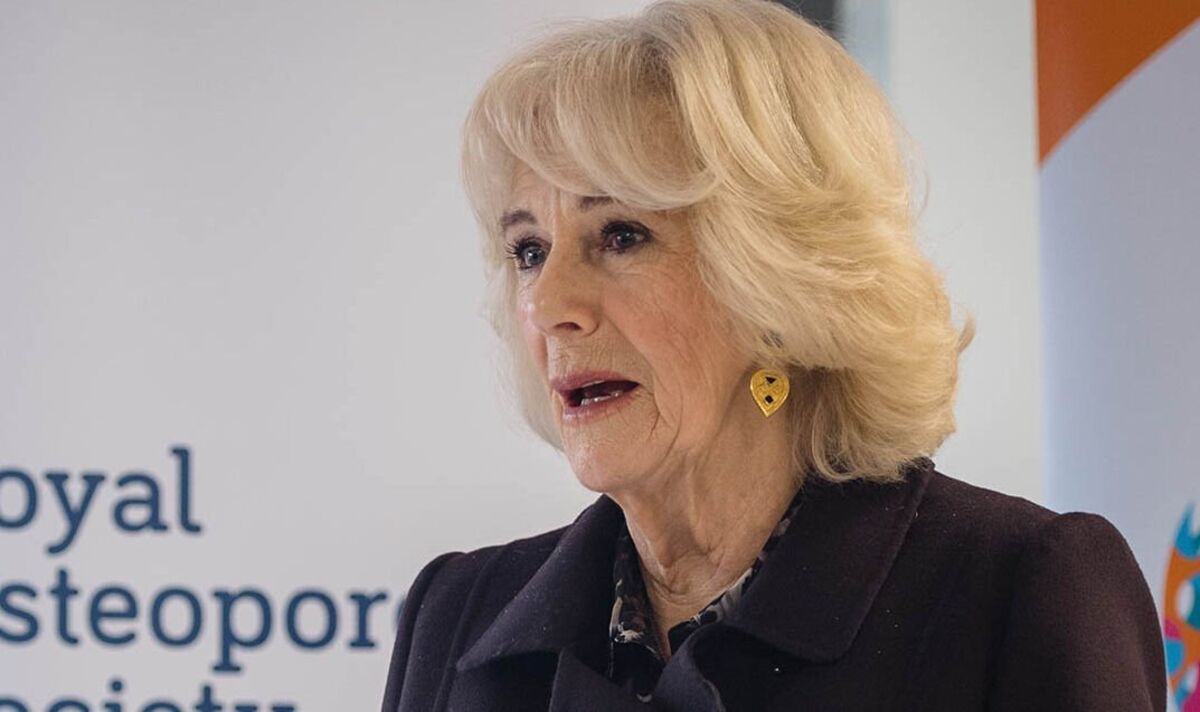 Queen Camilla headed to Bath this morning to visit the newly-opened offices of the Royal Osteoporosis Society (ROS), an organisation the royal has been championing for years. King Charles‘s wife appeared in high spirits as she spoke with her hosts who led her through the building.

In Bath, the royal had the chance to meet staff, volunteers and people in the helpline team.

The ROS, the largest national charity in the UK dedicated to improving bone health and beating osteoporosis, was formally known as the National Osteoporosis Society, with which Camilla has a long history.

The now Queen Consort became involved with the organisation in 1994, after her mother died with osteoporosis.

In 1997, she became patron of the organisation, a role she retained until 2019, when she launched the ROS and became its president.

Her Majesty has been vocal for decades about the importance to get checked and learning about the potential risks of developing the bone disease, which she has described as “devastating”.

Last October, Camilla launched the appeal as she promoted an online questionnaire focused on osteoporosis, saying in a statement: “Both my grandmother and my mother died as a result of osteoporosis.

“At the time, the disease was seldom discussed, rarely diagnosed and was usually acknowledged as an unavoidable part of growing older.

“Now, thankfully, we know far more about the causes, symptoms and available treatments.”

Camilla has often been candid about how painful and damaging osteoporosis can be to the body.

“My family and I knew nothing about it and were at a loss to know how we could help alleviate the terrible pain she suffered.”

She continued: “But how times have changed — today huge strides have been made in the treatment and research into osteoporosis, and we now know how it can be prevented and how we can support those who are living with it.”

After visiting the new ROS offices, Camilla attended a reception with the Society at Guildhall in Bath.

Her day of engagement continued with the planting of a tree in Lacock as part of the Queen’s Green Canopy, an initiative launched in October 2021 to mark the late monarch’s Platinum Jubilee with a lasting and eco-friendly memento.

The Queen Consort has strong links with Lacock. Her private home – Ray Mill House – which she bought after divorcing from her first husband Andrew Parker Bowles in 1994, is located in the Wiltshire village.