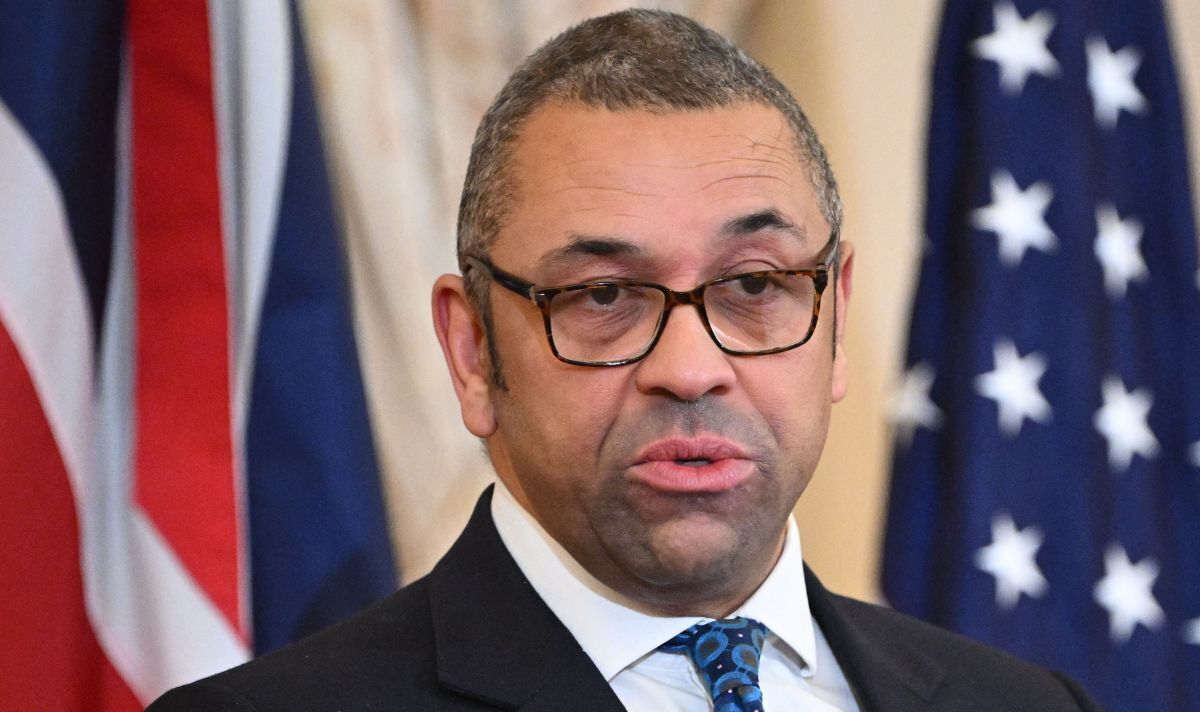 Fury has exploded after plans to ease post-Brexit trade were branded “baffling” and “overbearing” as UK business chiefs gather to attack the Government over its economic plans. Marks and Spencer chairman Archie Norman has called the proposals “baffling” and “overbearing” as he launched a broadside on plans for solving the Northern Ireland Protocol impasse with the European Union. The former Conservative Party MP warned the approach from the Government could send prices soaring and provide EU companies with an advantage over their British rivals.

Mr Norman has become the latest industry leader to raise the alarm about the direction the Government is taking the country from an economic standpoint.

He made his feelings known in a letter to Foreign Secretary James Cleverly – who is leading the UK’s talks with the EU over the Protocol – which single out the plans for packing changes.

In the latter to Mr Cleverly – excerpts of which have been seen by The Daily Telegraph – he says: “The overbearing costs of a labelling regime would raise prices and reduce choice for consumers, further disadvantage UK farmers and suppliers and impact UK retailers competitiveness in other international markets.

“The simple fact is retailers already operate in real time digital information – day or night, at the click of a button, we can locate our products be that in a depot, in transit or in a store.

The Northern Ireland Protocol has been a major stumbling block as efforts continue to ensure the province can trade freely with mainland UK while also avoiding physical checks on the border with Ireland.

When the Protocol was agreed between the UK and EU, a customs border down the Irish Sea was effectively created, sparking anger among many business chiefs.

London and Brussels are locked in talks over how to solve the issues, with Prime Minister Rishi Sunak hopeful of agreeing a new deal by April, in time for the 25th anniversary of the Good Friday Agreement.

One plan muted has been to use different product labelling that could ease the need for customs checks at borders, but Mr Norman argued this could be costly for producers.

He says in his letter to Mr Cleverly: “A costly labelling solution will mean customers will be hit by reduced ranges, higher prices – at a time of huge inflation and when the economy in Northern Ireland is already disadvantaged – and a worsening of availability.”

Mr Normal also writes: “This proposal adds cost, labour and complexity at a time when the supply base really does not need it and is struggling to stay on its feet to the specific advantage of EU producers.”

Responding to his letter, a UK Government spokesman said: “The Protocol is causing real problems in Northern Ireland. These include trade disruption and diversion, significant costs and bureaucracy for traders.

“It’s our preference to resolve these problems through talks, and the Government is engaging in constructive dialogue with the EU to find solutions.”

Meanwhile, UK business chiefs have been lashing out at the Treasury’s plan to tackle the challenges of lowering inflation and trying to ease the blow of the recession forecasted by the Bank of England.

Writing for the Telegraph recently, Sir James Dyson hit out at the tax rises and new regulations, describing the approach as “short-sighted as it is stupid”.

CBI Director-General Tony Danker warned: “Money is leaving the UK. Investors are freezing up and the heart of the problem is that we don’t have a strategy.”

Tesco Chairman John Allan has also said the only way to raise living standards is with a “really serious, thought-through, long-term growth plan”.