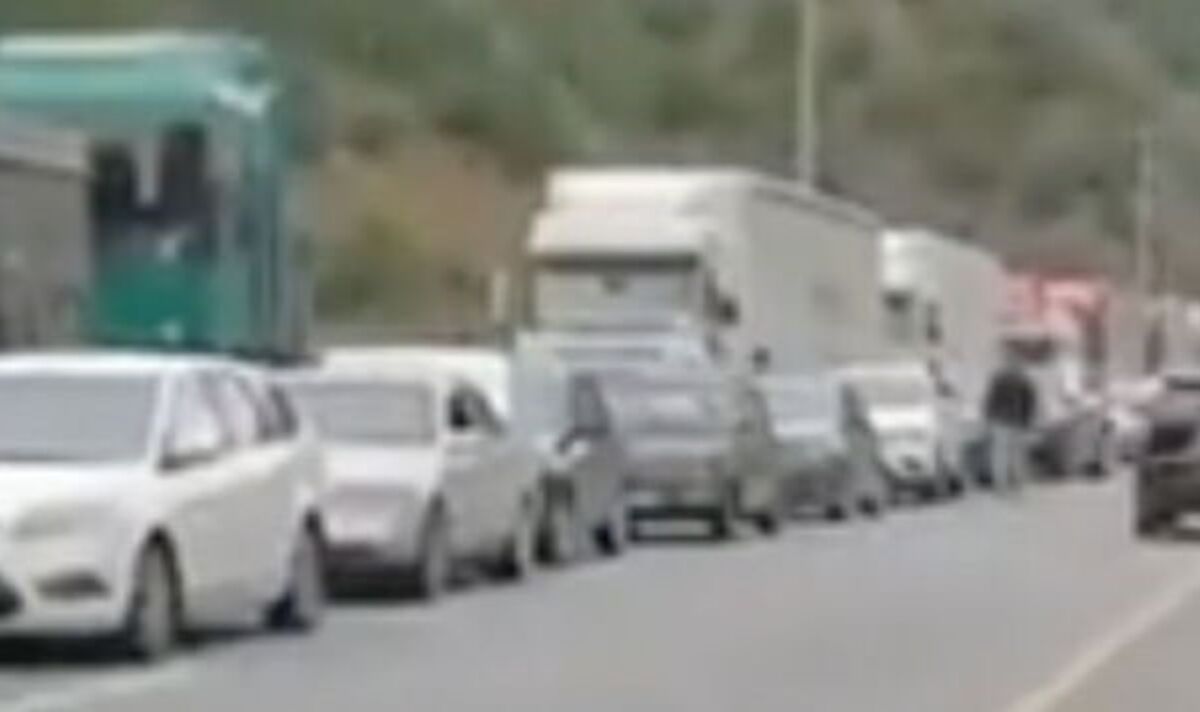 A gigantic line of cars formed at the Georgian border as Russians are scrambling to flee the country after Putin‘s draft announcement. The line was spotted between Russia’s North Ossetia region and Georgia after Moscow announced a partial military mobilisation. The line, at the time of recording, was reportedly about five to six kilometres long, with some Russians having to wait for 24 hours to cross the border.

A Georgian journalist for Radio Free Europe, who filmed the shots on the ground, reported: “A line of cars stretches from Verkhny Lars all the way to Nizhny Lars.

“It is about five or six kilometers. People are waiting here for up to 24 hours.

“I personally have been waiting here for almost eight hours since 2am.

“It’s not far from here; the problem is I’m stuck.”

The video sparked reaction on Twitter, with users expressing their solidarity with Russian conscripts.

Crisis and Cure said: “Russians are making a wise choice. Better Georgia than death in Ukraine.”

Sue W tweeted: “Putin knows he is losing – Ukrainian forces have been pushing Russian forces back and reclaiming positions previously lost to the Russian forces.”

Lyn said: “They really need to run away if they go to ukraine they will be dead.”

In a pre-recorded televised address, Putin announced the mobilisation of 300,000 men to “protect our motherland, its sovereignty and territorial integrity, and to ensure the safety of our people and people in the liberated territories”.

He said: “We are talking about partial mobilisation. That is, only citizens who are currently in the reserves and, above all, those who have served in the armed forces, have military skills and relevant experience. Only they will be subject to conscription.”

But that figure could amount to one million, a secret Kremlin official source told Novaya Gazeta, a daily independent publication. The source claimed Putin has secretly approved the law that could send an additional one million men.

The Kremlin denied the report.