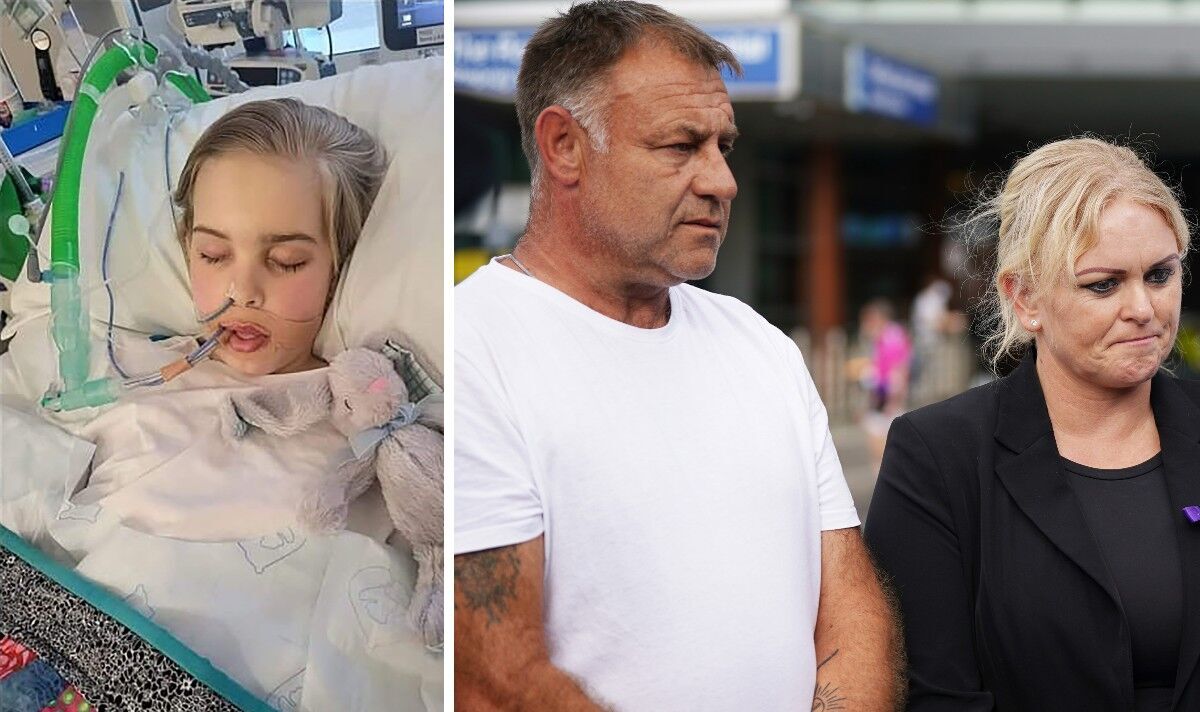 The family of 12-year-old Archie cannot move him to a hospice for withdrawal of treatment, a High Court judge ruled earlier today. It has now emerged the boy’s parents, Hollie Dance and Paul Battersbee, cannot challenge the decision, as confirmed by the Court of Appeal shortly after 6.30pm this evening. They have been told their son’s life-sustaining treatment will be withdrawn from 10am on Saturday, according to campaign group Christian Concern.

Responding to the hospice ruling, Ms Dance had said: “All our wishes as a family have been denied by the authorities.

“We are broken, but we are keeping going, because we love Archie and refuse to give up on him.”

The family voiced their intention to move Archie to a hospice after the ECHR on Wednesday refused to intervene in the decision to withdraw his life support.

READ MORE: ‘I will give him oxygen’ Archie Battersbee’s mum vows to preserve son’s ‘dignity’

The teenager has relied on the treatment since April 7, when his mother found him unconscious at their home in Southend-on-Sea, Essex.

Ms Dance believes he was taking part in an online challenge at the time.

He has not regained consciousness since.

Archie’s mother had said she wanted her brain-damaged son to “spend his last moments” together with family privately, but the High Court ruled the move was not in Archie’s best interests.

Ms Dance and Mr Battersbee had said they recognised the risks in relation to the transfer from the Royal London Hospital in Whitechapel to a hospice — with medical staff warning of “considerable risk” in moving him even a short distance — but they argued to the court they were prepared to take them.

A family spokeswoman had said: “Hospices are well and truly designed for palliative and respite care.

“Archie is now obviously on palliative care so there is no reason whatsoever for him not to take his last moments at a hospice.”

The family added: “We think it is completely barbaric and absolutely disgusting that we’re not even allowed to choose where Archie takes his last moments.”

DON’T MISS
Hosepipe ban rules: Every restriction outlined [INSIGHT]
What is to blame for the recession? [HAVE YOUR SAY]
NHS patients should be punished for missing appointments [POLL]

Speaking of offers to care for her son received from health providers in Japan and Italy, she said the UK’s system was “behind”.

She said: “We seem to be so behind in our medical stuff over here – it’s just very sort of straightforward, you know.

“Other countries are offering treatment. They said he is a prime candidate for treatment because he’s only 12 years old.”

In the hospice ruling earlier, Mrs Justice Theis concluded it was not in the youngster’s best interests to be moved.