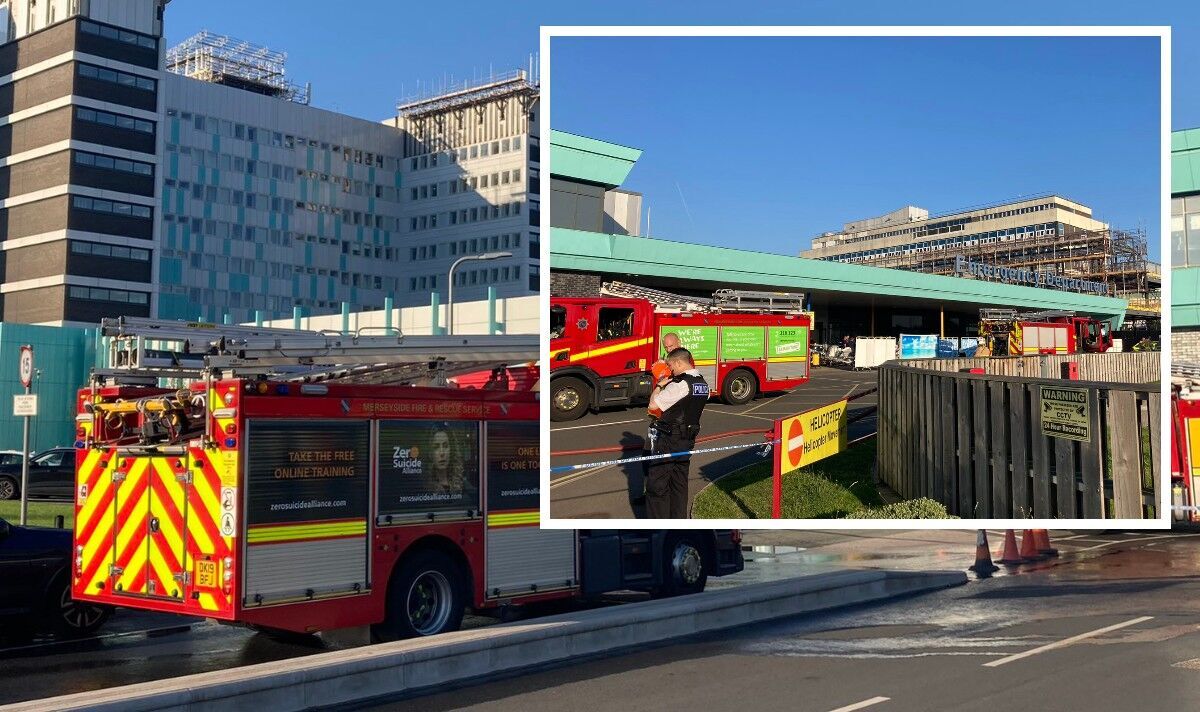 Six fire engines rushed to the scene to reports of a “electrical plant fire” on Longmoor Lane shortly after 4.40am this morning. Crews found a “plant building” on the roof of a three-storey building next to A&E was involved in a fire. Firefighters wearing breathing apparatus are using high pressure hose reels and CO2 extinguishers to quickly fight the fire in an effort to stop it spreading. Patients have been evacuated from the first and second floors. There are no reported casualties.

Police are also at the scene, and are assisting the fire service with the incident.

A cordon has been put in place, restricting access to the hospital, close to the A&E department.

Merseyside Fire & Rescue Service said in a statement: “Fire crews have been called to a fire at Aintree University Hospital, Longmoor Lane, Aintree this morning.

“Six fire engines are in attendance.

“Crews were alerted at 4.34am and on scene at 4.40am. On arrival crews found that a plant building on the roof of a three-storey building next to Accident & Emergency was involved in a fire.

“Firefighters wearing breathing apparatus rapidly began to fight the fire to prevent escalation while liaising with staff to evacuate patients from the areas near to the fire.

“Power has been isolated to the electrical unit and firefighters wearing breathing apparatus are fighting the fire with high pressure hose reels and CO2 extinguishers.

“Patients have been evacuated from the first and second floors and there are no reports of any casualties.

Liverpool ECHO reporter Dan Haygarth said he had been told A&E was evacuated – along with some others – as a precaution.

Some treatment rooms are reopening, with some staff annd patients being allowed back into the hospital.

He tweeted: “Security staff at the hospital tell me that A&E was evacuated – along with some other departments as a precaution.

“Said the evacuation was ‘slick’. Some treatment rooms are opening up now, with certain staff and patients going back in.”