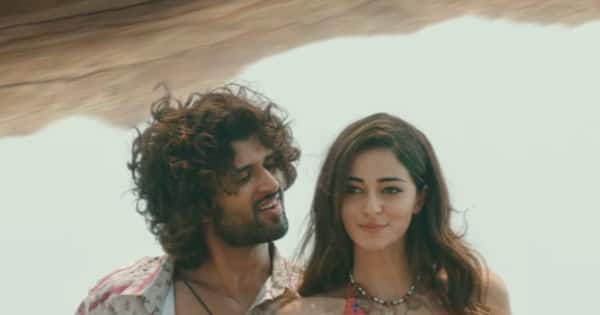 Vijay Deverakonda and Ananya Panday‘s film Liger is keeping everyone excited. The trailer and the songs of the film have managed to grab everyone’s attention and fans of the stars are waiting with bated breath for the film to make it to the theatres. August 25 is when Liger will hit the screens. It is a pan-India film that will release in several languages. While there is a great positive buzz around the film, it was recently that the song Aafat had called for some negative publicity. Netizens were not impressed with the usage of dialogue from ‘rape scene’. Also Read – Liger: Here’s what Vijay Deverakonda will do if his film with Ananya Panday flops at the box office

On social media, the makers and musicians of Vijay Deverakonda and Ananya Panday‘s film were slammed for using the dialogue ‘Bhagwaan ke liye muje chod do’ and ‘Jawani teri aafat’ casually in the song. People found it to be very problematic. A user had commented, “#Liger songs lyrics #Aafat uses 70’s rape sequence dialogue in a fun way and #AkdiPakdi using child’s vocals for singing F ( F..K) word.. I am the only one who found this problematic.” Well, on this note, BollywoodLife has conducted a poll on social media to know whether the song Aafat and its dialogue is something to be concerned about or if netizens need to calm down. Participate in the poll now and let us know your thoughts. Also Read – Liger: Vijay Deverakonda all set to join Prabhas, Allu Arjun, Jr NTR and others in the coveted pan-India star league?

Check out Aafat song below:

All you need to know about Liger

The film that is helmed by Puri Jagannadh is co-produced by Karan Johar. It also has a special cameo of Mike Tyson. As per the reports, the runtime of the film is 2 hours, 20 minutes and 20 seconds. The shows of the Hindi version of the movie Liger will begin from August 25. It is expected that Liger will break many box office records. Fingers crossed. Also Read – Vijay Deverakonda reacts to ‘Boycott Liger’ trend; says he trusts God and has his mother’s blessings