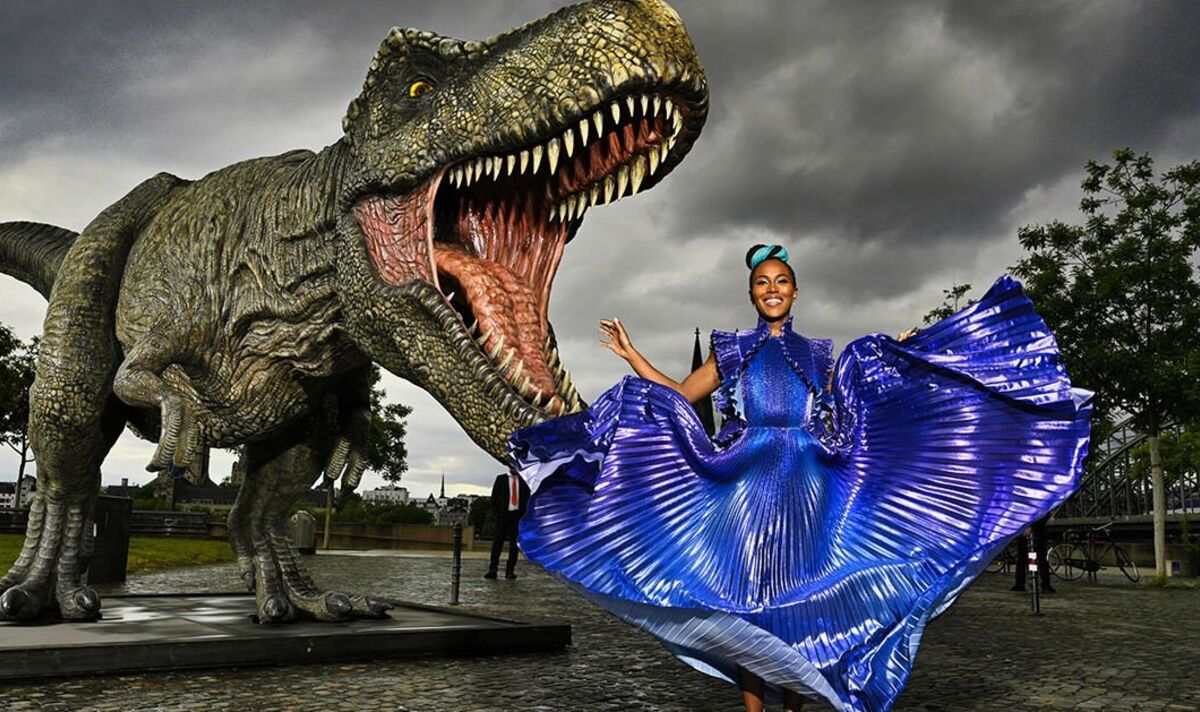 Wise’s relative lack of experience compared to a cast that includes Chris Pratt, Hollywood royalty Bryce Dallas Howard and returning original stars Laura Dern, Jeff Goldblum and Sam Nell may not show on the screen but behind the scenes, she still has much to learn.

She admits she was a complete “amateur” when it came to taking items from the set. Laura Dern famously took a beautiful ring her character wore while Pratt confessed his light-fingers were kept busy: “I took the raptor training clicker, my knife, my boots, the pants, the vest, my Isla Nublar ID, and a raptor tooth.”

So, how much did Wise make off with? “I didn’t!” she laughs. “There were like 18 leather jackets, I should have taken one of them.”

Instead, she was gifted with the final pair of gloves Kayla wore. Handmade, sure, but hardly hefty Hollywood loot.