Post Kundali Bhagya, Dheeraj Dhoopar is showing off his acting prowess in Sherdil Shergill. He runs on a hectic schedule but does make time to spend with his boys. 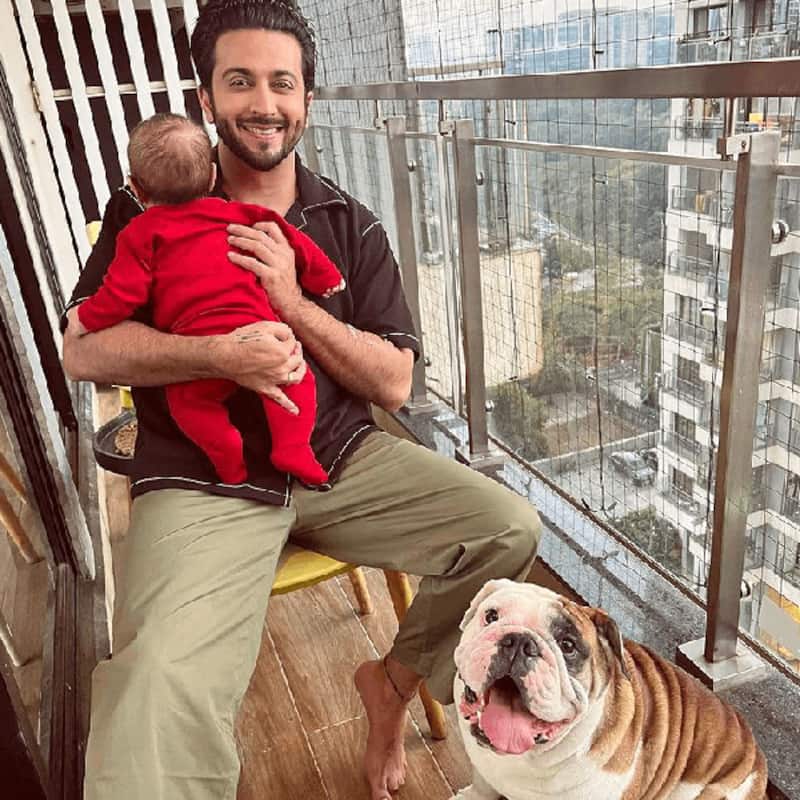 Dheeraj Dhoopar is a very popular name in the TV industry. He has been a part of many popular TV shows. His most famous one being Kundali Bhagya in which he essayed the role of Karan Luthra. After quitting Kundali Bhagya, Dheeraj Dhoopar is now showing off his acting prowess in the show Sherdil Shergill. The show is keeping the audiences hooked to the TV screens. While he is progressing in his acting career, Dheeraj has also progressed in life. He is a father now to a beautiful baby boy. Also Read – Kundali Bhagya star Dheeraj Dhoopar shares mushy snaps with wife Vinny as they celebrate their sixth wedding anniversary [View Photos]

For Dheeraj Dhoopar, family comes first. He comes from a very humble background and for him, his family has always been his number one priority no matter what. They are his strength and his biggest motivator to strive ahead in his career. Dheeraj at times feels like spending quality with his family irrespective of his busy schedule. Also Read – Diwali 2022: Shriya Saran, Dheeraj Dhoopar, Adaa Khan and other stars light up Sandiip Sikcand’s party [View Pics]

Dheeraj says that it is difficult to spend time with his boys – son Zayn and pet dog Oreo due to busy schedule but whenever he does, they have the best moments. He quotes, “I hardly get any time to spend with my son Zayn and Oreo my pet but when I come back home my boys greet me with such happy energies that all my tiredness vanishes within a snap. I greet them by trying to match their energies and swarm all my love on them. Shootings are usually very hectic so whenever I get off I try to cherish every moment with my family together.” Also Read – Sherdil Shergill: Before Dheeraj Dhoopar bagged the role; THESE 5 handsome hunks rejected the role opposite Surbhi Chandna

It was just yesterday that Dheeraj Dhoopar shared a sweet picture on Instagram that had him posing with his son Zayn and pet dog Oreo. Such moments are to be cherished for lifetime.