Get ready for a more intimate look into the lives of the Duke and Duchess of Sussex.

“Why did you want to make this documentary?” they’re asked in the trailer, followed by a series of photos of the couple in both public and private moments.

“No one sees what’s happening behind closed doors,” Prince Harry is heard saying. “I had to do everything I could to protect my family.”

Meghan is later shown saying, “When the stakes are this high doesn’t it make more sense to hear our story from us?”

Netflix refers to it as “an unprecedented and in-depth documentary series.” 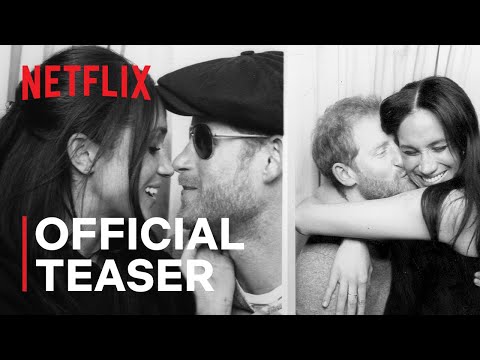 “Across six episodes, the series explores the clandestine days of their early courtship and the challenges that led to them feeling forced to step back from their full-time roles in the institution,”a press release for the series states. “With commentary from friends and family, most of whom have never spoken publicly before about what they witnessed, and historians who discuss the state of the British Commonwealth today and the royal family’s relationship with the press, the series does more than illuminate one couple’s love story, it paints a picture of our world and how we treat each other.”
No release date has been announced but the project is “coming soon,” according to Netflix.

Sign up for CNN’s Royal News, a weekly dispatch bringing you the inside track on the royal family, what they are up to in public and what’s happening behind palace walls.