Skip to content
HomeEntertainmentBigg Boss 16: Urfi Javed to be a part of Salman Khan’s reality show after a lacklustre outing in Bigg Boss OTT? 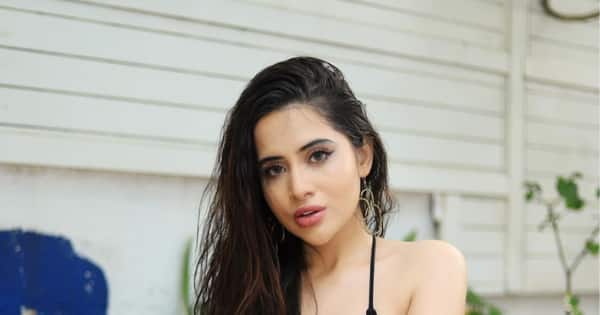 Bigg Boss 16 is making a lot of news. The latest name that is doing the rounds is that of Urfi Javed. Buzz is that she has been approached, and is in talks with the makers of the hit reality show. In the past, she has done shows like Bepannaah and Yeh Rishta Kya Kehlata Hai on TV. Her stint on Bigg Boss OTT was hugely forgettable. She was the first person to get eliminated. After her exit, she blamed Zeeshan Khan. She said her friendship with the hunk proved costly, and it led to her exit. Urfi Javed’s rise to fame happened after that show mainly due to her wardrobe. Of late, her past statements on Paras Kalnawat again resurfaced. Also Read – Urfi Javed goes completely topless; conceals breasts with her long flowing mane; resembles Cousin Itt from The Adamms Family [View Pics]

Urfi Javed has been making headlines for her clothes. Whether it is a dress made of safety pins or a Rihanna rip-off, she knows how to get attention. Urfi Javed’s looks like the recent mermaid inspired one on Juhu beach has also left people awestruck. While she is trolled heavily, there is no doubt that Urfi Javed is one of the most recognized people on social media. Urfi Javed has also proved herself a motormouth with her retorts to naysayers. All these qualities are perfect for a Bigg Boss contestant. Also Read – Anupamaa: Paras Kalnawat already forgotten on the sets of Rupali Ganguly show? Here’s how new Samar Sagar Parekh is bonding with the cast [Exclusive]

Post her exit from Bigg Boss OTT, Urfi Javed said that she had battled slut-shaming right from home. The actress revealed she had become depressed after her career just refused to take off. In the recent past, she did three to four Punjabi music videos as well. Urfi Javed has done a recent photoshoot where we can see her long hair covering her breasts. Bigg Boss 16 will go on air from the first week of October. Some of the names doing the rounds as contestants are Kanika Mann, Sanaya Irani, Baseer Ali, Munawar Faruqui and others. Also Read – Pushpa 2 shooting stalled: Here’s how Allu Arjun is using the time to make his character bigger and more badass