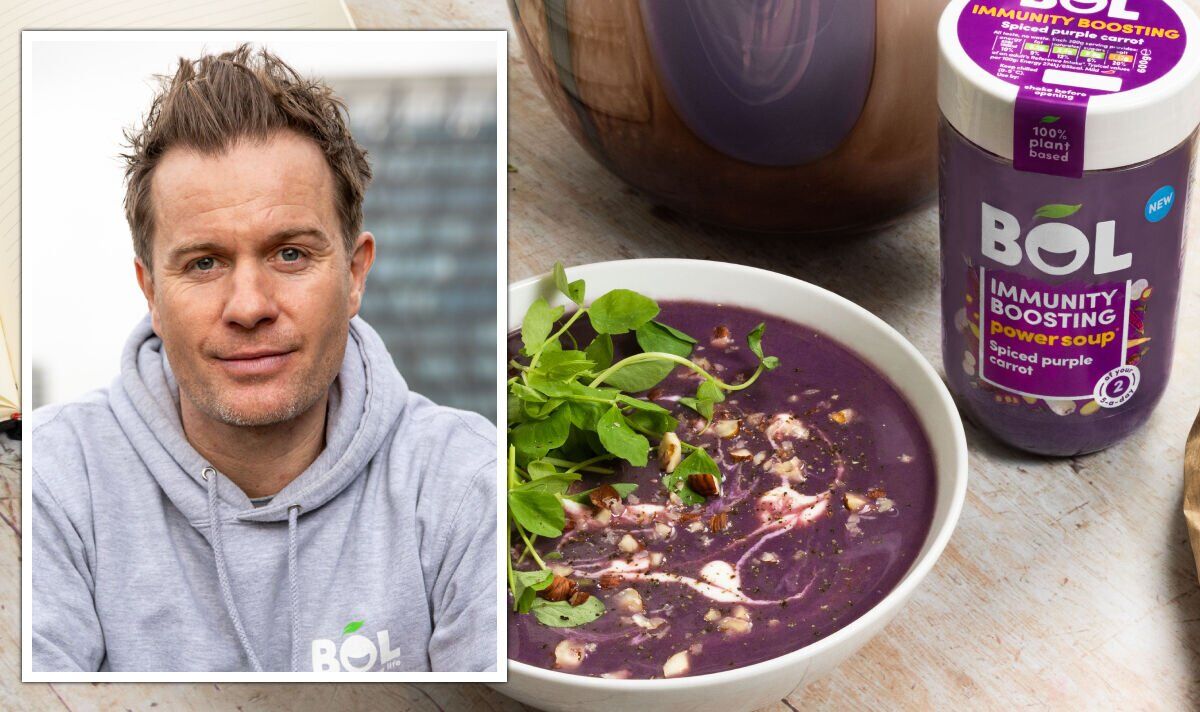 The recent launch of its Power Soups and Shakes and One Pot meals in 2,000 Co-Op stores, “will massively improve our discoverability,” says founder and chief executive Paul Brown.

“If all goes to plan we will break £2million revenues this January alone and make the year our biggest ever.”

Following a raft of recent innovations devised during lockdown, its 24 nutrition-packed recipes now span breakfast, lunch and dinner, are big on protein as well as fibre and sold in more than 4,000 outlets.

Tesco, Sainsbury’s, Waitrose and Amazon are all part of a distribution mix that now includes expanding office and convenience channels, rapid and meal kit providers such as HelloFresh as well as direct-to-consumer.

This year BOL is forecasting a £24million turnover as it grows its team, currently 76 per cent female, to 50 and helps create work for scores more indirectly through its production process where ingredients are prepped then despatched by outsourced operators in Lincolnshire and the north west.

As well as its 100 per cent plant-based benefits, freshness and variety of ingredients – its Fresh Veg Pots have 16 – are other signature strengths.

Among the company’s increasingly health-conscious customers are those looking for a nutritionally complete, easy meal on the go or post-workout. Some 80 per cent are flexitarians, a growing group deciding to eat less meat rather than cut it out completely.

“The cost benefits of going plant based can save up to £645 a year and the meal replacement category is a huge opportunity, estimated to grow over 43 per cent in the next five years,” says Brown.

The work involved in devising new products is immense however and never more so than for independents starting from scratch – the pre-mix formula for BOL’s protein Power Shake took a year.

The company’s foundation is its ultra-efficient distribution model backed by a rock-solid digital management system that reaches a broad shopper base.

Creation of that lies in Brown’s strategic flair and experience gained working for Innocent Drinks for 14 years. When Coca Cola acquired it, the exit deal he struck allowed him to create BOL.

But taking it 100 per cent plant-based after a profitable two years was almost its undoing.

Turnover plunged 52 per cent at first as supplies and production changed, staff were advised to get their CVs ready. However, Brown kept to his “force for good” mission that has now proved itself.

Having raised £6million investment so far, social purpose BOL is a certified B Corp, reaping the benefits of profound changes in consumer lifestyles and thinking.

As well as a presence in more UK fridges, getting into high street food service chains are a target this year along with on-site contract catering operators such as those in the education sector and scaling online delivery.

Some 67 million fruit and veg portions later Brown is also sizing up US and Europe expansion while “global brand” is always on his agenda.