Skip to content
HomeBusinessBank of England has choice of two poisons – inflation or recession. Which one will we get? 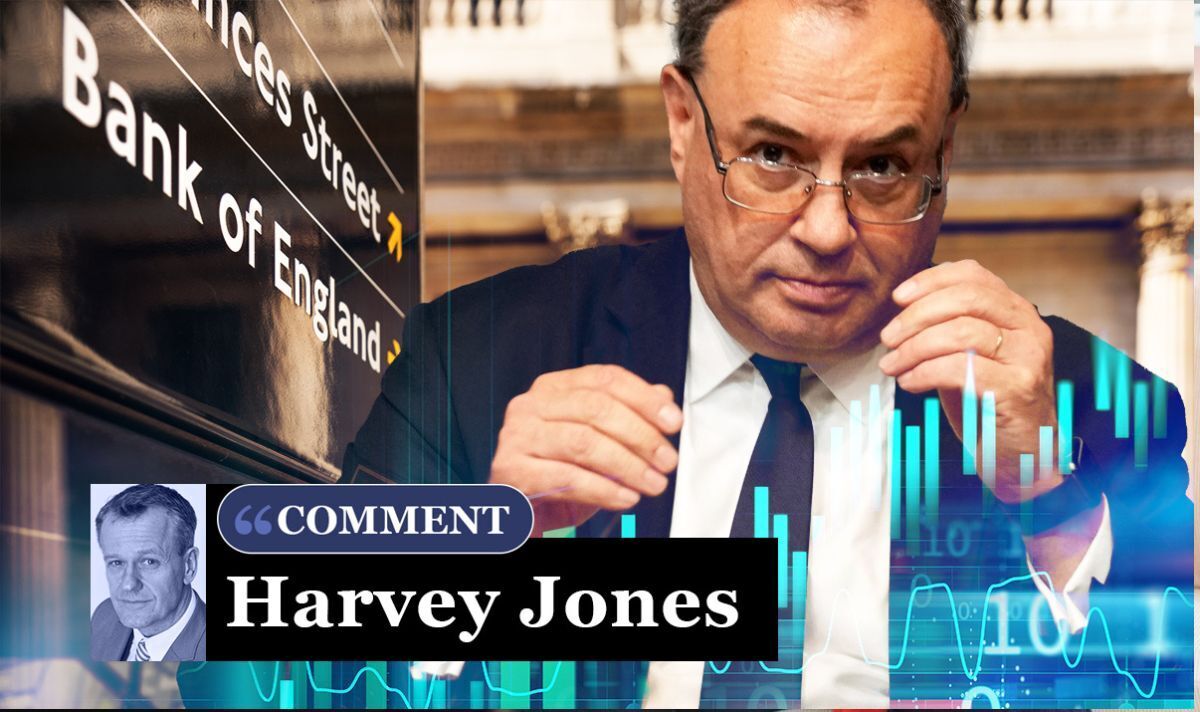 The Bank of England has just one weapon in its fight against rocketing prices, and that is to increase interest rates, which it is expected to do for the sixth meeting in a row on Thursday. Yet this risks triggering another menace. Recession.

The Bank’s monetary policy committee (MPC) is tipped to make one of its biggest interest rate rises in 27 years.

It has already hiked base rates five times since December, from 0.1 percent to today’s 1.25 percent.

Now the MPC is expected to raise bank rate by half a percentage point, which will lift it to 1.75 percent.

This will drive up borrowing costs for consumers and businesses, squeezing spending and slowing economic growth.

Yet the BoE knows that higher rates are tough medicine, a cure that can inflict as much harm and good.

Worse, it is likely to be ineffective. That’s because inflation has been driven by war in Ukraine, rocketing energy prices and supply shortages.

Making borrowing more expensive will do nothing to change that.

It will simply speed us into the next recession.

The BoE knows that, too, but it has to show markets that it is willing to be tough on inflation.

Inflation makes everybody feel poorer. It erodes the value of our incomes and savings, and makes a trip to the shops more painful.

It is particularly hard on pensioners living on fixed incomes, who see the price of everyday essentials like food and fuel climbing out of reach.

Inflation was 9.4 percent in June but could hit 12 percent in October, when the energy price cap is increased again.

Gas and electricity bills could hit £500 a month in January. But hiking interest rates will not do anything to improve the supply of cheap energy, and the BoE knows it.

What they will do is make anybody who owes money, even poorer. Especially those on variable rate mortgages.

It could also tip the economy into a brutal recession.

READ MORE: Stealth tax shock – here are the taxes you didn’t know you were paying

We will get an insight tomorrow. If the MPC hikes by 0.5 percent, then it is drinking from the poison bottle marked recession, as it prioritises driving down prices over keeping the economy rolling along.

If it increases by just 0.25 percent, it will have chosen inflation.

Listen, neither option is good. Both will hurt like hell.

The Bank of England does not merit any sympathy, as I wrote last week, because it is the architect of its own misfortune.

Ordinary Britons are the ones paying the price, for its policy of keeping monetary policy and interest rates loose for too long, even as the inflation threat soared.

Now here is my biggest worry.

Instead of a choice of poisons, we are going to get both. That means inflation AND a recession, known as staglation.

Best of luck, everyone.